Tahoe Heidi is #108 of 172 Capris produced between 1960 and 1961 in Cadillac, MI. She was delivered to Scotsman Boats in San Jose, CA in August 1960. She spent summers on Clear Lake in the ’70s and came to Lake Tahoe about 1982, then to Lake Shasta after being restored by her owner. She was purchased in 2012 by her current owners and brought back to Lake Tahoe as Tahoe Heidi. 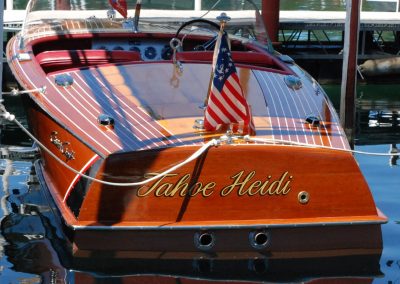 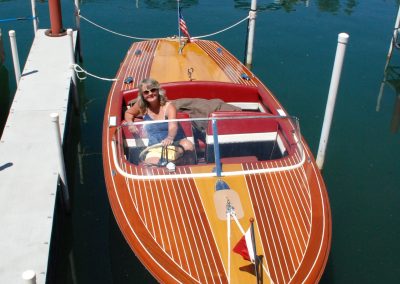 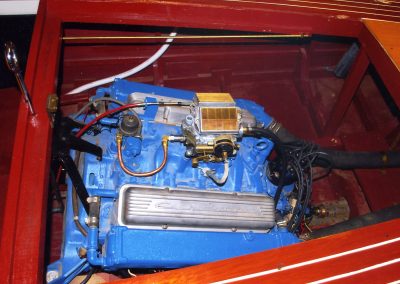 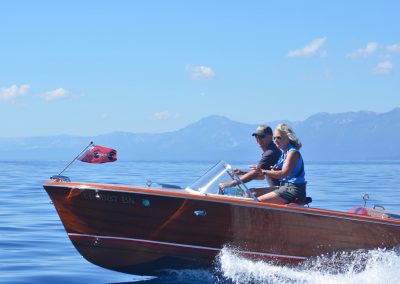