Reedville Marine Railway in Reedville, Va., was owned by the Butler family for 115 years. Matt Smith, AKA Woody Boater plans to use the railway to haul his own collection of wooden boats, make it the global Headquarters of Woody Boater  and keep it as a piece of Reedville history.

Butler’s grandfather Samuel Butler and Joseph Davis purchased the railway in 1906 from Isaac Bailey who had opened Bailey’s Railway on Cockrell Creek in the early 1890s. Its unique history is detailed in a Chesapeake Bay Magazine article  July 2018 story “A Life Measured in Skiffs”.  CLICK HERE TO READ

Samuel bought Davis out sometime in the mid-1920s and then Samuel and his son George P. Butler ran the yard. It ran on a  boiler to a steam engine that powered the planer and band saw, which are still in use today. Powered by electric motors. The Railway was the first marine railway powered by electricity on the Chesapeake Bay.

“A railway is an important part of the wooden boat culture,” says Smith. “I’m not going to run this as a professional boat shop. I’m just a caretaker for the next generation of wooden boaters. I’m keeping it as the treasure it is. I’m going to clean it up and preserve it,” he says.

Today the Railway is home to some of the area’s nicest, and rough classic boats, and helps local watermen keep their family work boats working.

The first Railway to use electric power on the Chesapeake Bay. We are the third owner in over 115 years. 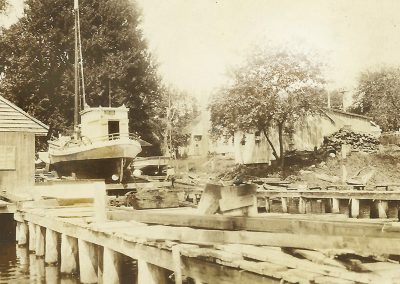 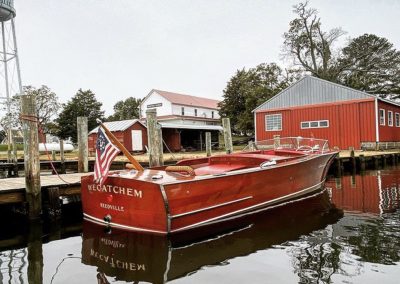 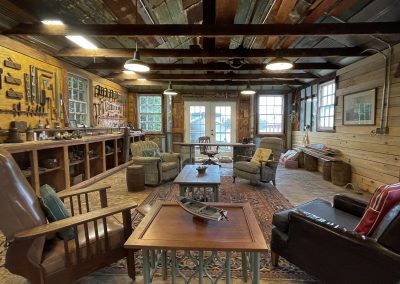 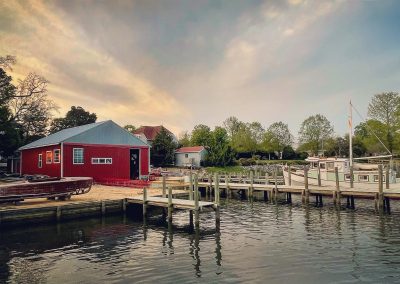 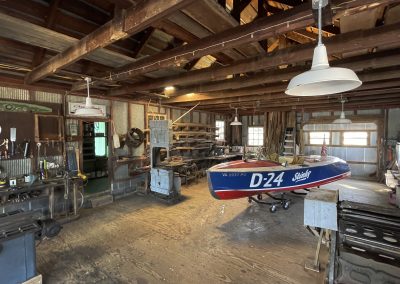