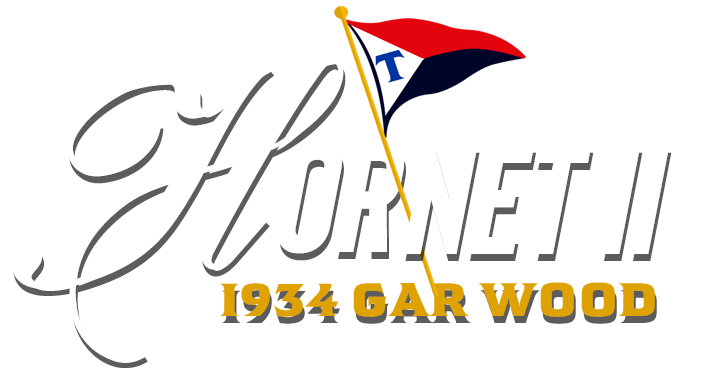 Hornet II was originally owned and raced on Lake Tahoe by the industrialist Henry J. Kaiser. Over nearly two decades of racing (1935-1953) she won more races on Lake Tahoe than any other boat. The hull, by racing legend Gar Wood, is a 30-foot stepped-hull hydroplane built ca. 1930. According to Anthony Mollica, Gar Wood historian and author, only 10 hydroplane hulls of this length were built by Gar Wood between 1929 and 1934. She is known to have been powered by a number of high-performance V12 aero engines including a WWI Liberty, a rare Packard, an Allison, possibly a Curtiss Conqueror and, most recently, a WWII vintage Rolls Royce Merlin/Meteor. Originally built with a traditional three cockpit mahogany deck, her art deco aircraft-inspired aluminum deck is believed to have been built by Kaiser’s industrialist friend and one-time business partner Howard Hughes in preparation for the Lake Tahoe Championship races in 1939. That year, Hornet II amazed the crowd when she appeared for the race. People had never seen anything like it – ever. The local Tahoe paper proclaimed: “Speedboat drivers, familiar with Tahoe racing, said it [Hornet II’s 6-mile course time] was the fastest time ever recorded in the Tahoe regatta. Kaiser’s wife was co-pilot in the new 600-hp streamlined Hornet II”. Her performance was no disappointment either. Kaiser won the race in record time. Hornet II was meticulously restored over a period of 15 years with Tony Brown of Western Runabouts restoring the wood hull, aircraft restorer Gary Larkins, doing a complete re-skin on the aluminum deck and Sierra Boat Co. completing all of the mechanical systems.

Originally a conventionally planked, mahogany decked, triple cockpit boat, it returned for the 1939 regatta with a stunning new aluminum deck and a 600hp engine. During its restoration, it was determined that the deck work was most likely done by Howard Hughes, a friend of Kaisers. 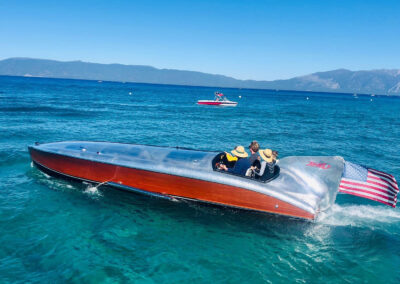 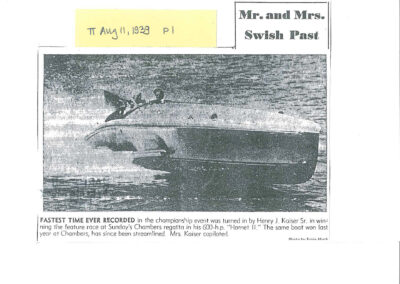 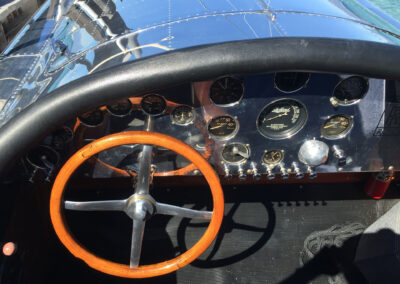 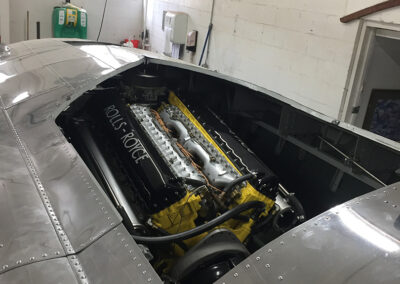 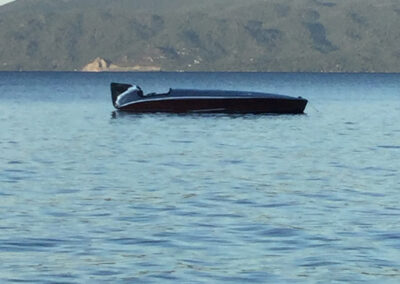 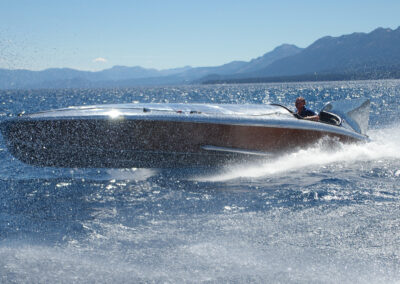