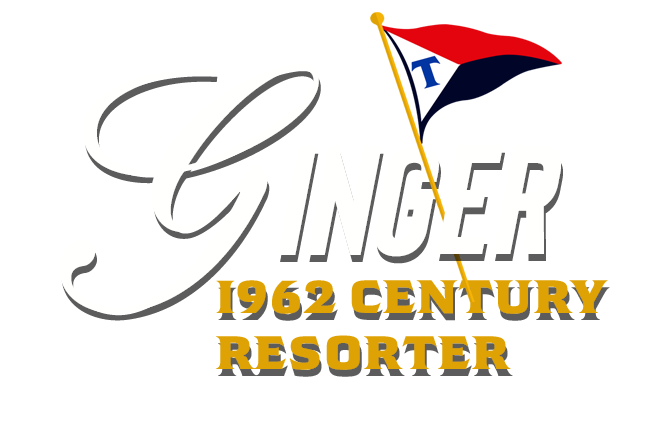 This 1962 Century Resorter 19 is one of 61 produced in 1962. The unique squared off bow, a styling feature on the 19 from 1958-1963, has been controversial and as such made these 19 very rare. This boat was found in 1999 in an Iowa farm and restored by the previous owner. Not much else is known. She is named GINGER after the Gilligan Island character, the glamorous movie star. We have used her the last three summer on Tahoe, now her permanent home. The Resorter 19 was the upgraded Resorter 18 in 1958 and styled by Richard Arbib, famed industrial Designer. Style changes happened each year and this ’62 is a unique year as it has the dog-leg wraparound windshield, unique flared white hull accent stripe and the Coronado chrome horse head trim.

Ginger is a fully equipped Resorter 19. The most unique feature that was a standard item this year is the folding sun lounge! It folds up from the rear of the motor box and rests on the rear seat back to make a 6’ long sun lounge. The first of its kind. The options on Ginger are the unique to Century sliding canvas top, the rear boarding ladder and the IVALITE spot light. The ad boasts of the two storage drawers in the front seat back for a season’s worth of bikinis. They are small and its one bikini each in a drawer! The front seat center console was another standard item after 1961. The steering wheel Century used is from the 1957 Lincoln Premier and used from 1958-1964 on all Centurys. 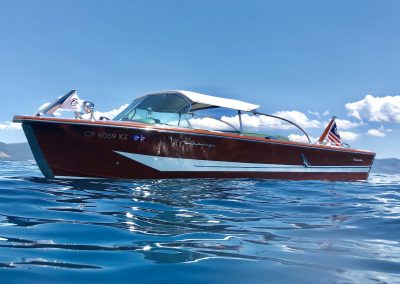 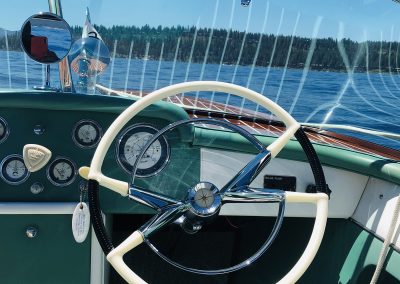 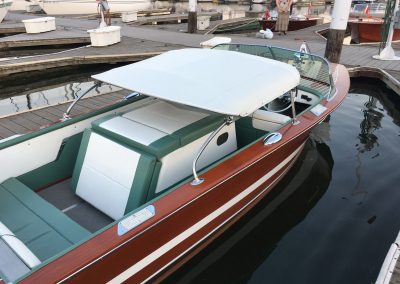 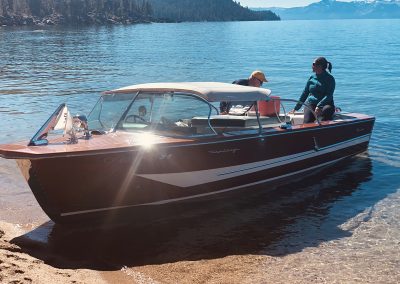 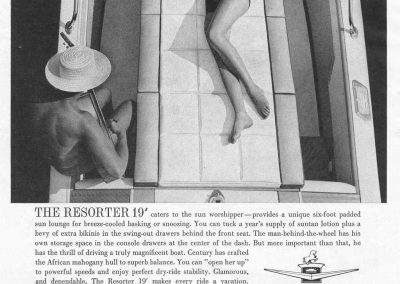