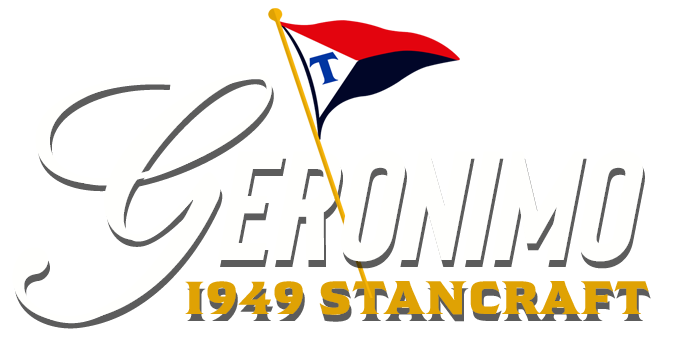 During his tour of duty in World War II, Stan Young spent his off-duty time dreaming and sketching boats that he hoped to build when the war ended. This sleek, streamlined, torpedo style boat was his favorite sketch, and STANCRAFT boats became a reality in 1946 on Flathead Lake, Montana.

This boat, a 1949 model, is number 3 of only 10 that he built between 1946 and 1956. GERONIMO has timeless lines and beauty, its Philippine mahogany planks bent and curved to their limits of boat construction. Due to its complicated construction, the production numbers were low, and his Torpedo’s were rather expensive. Stancraft No. 3 took a full two years to sell after it was built, and while it was for sale, it was used as a ride boat for hire to generate some income and was even dubbed the “Flathead Taxi”. At 21ft, 6 in in length, it has room for six, and is powered by a 331 cubic inch Cadillac V8 marine engine, which moves it effortlessly though the water.

GERONIMO is one of the five remaining of these unique and historic Torpedos that were built. Now, after some 70 years of use, GERONIMO has been disassembled, then completely and lovingly restored to its present condition by its owners. 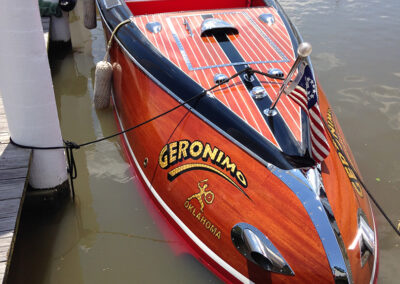 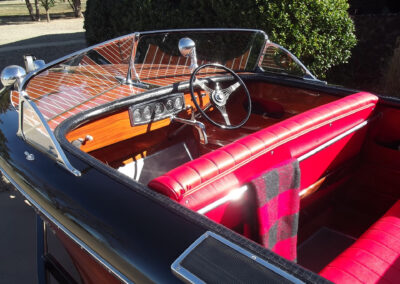 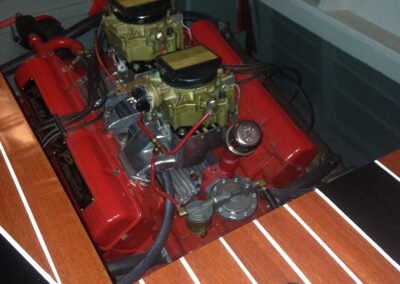 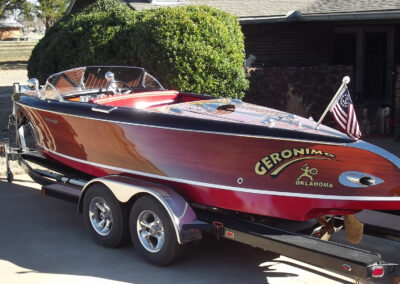