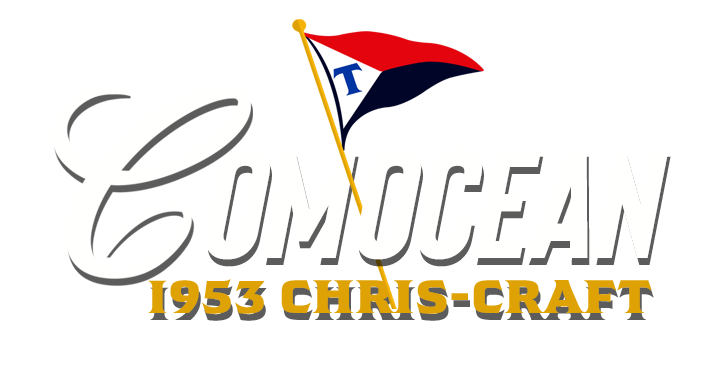 ComOcean is a Chris-Craft El Capitan. The boat was manufactured in the spring of 1953, for the Chris-Craft marketing department to tour the boat at summer shows in the Midwestern and Eastern United States.  Future owners transported the boat to Huntington Beach where she has been for the last 38 years.

The hull is 33-feet, beam 10-feet six inches, draft of 2-feet 8 inches. Power is provided by twin inboard Marine Power 5.7 gas engines through Velvet Drive transmissions. When originally finished, the hull was in black and the cabin house top was aquamarine.

USED IN BROCHURES AND FLYERS

She was featured in the promotional brochures and flyers of the 1953/54 marketing season in these colors, speeding at 31 miles per-hour. In November of 1953, the boat was shipped to R.E. Olson, a dealer for Chris-Craft in the California Delta area.

She was placed in a building in 1994 for a two-year reconstruction of the structural hull, new mechanical systems and repower, and all new finish materials for a complete refit. The colors were changed to a white hull and camel tan house, also vintage correct in scheme.

THE NAME AND STORY

We purchased ComOcean from an ad in the Los Angeles Times, in August ’94, in a slip in Downtown Long Beach Marina. Our intention was to paint the boat, clean her up and cruise about for one or two seasons, and sell it on to others. The boat had been Jayhawk, was serviced by Harpurs’ Marine for years, and was first delivered as a black hull.

I rented a commercial space to paint the boat indoors……. After two years and much reconstruction time and money invested, we were having friction over the process. My girlfriend Cathy decided we should name the boat ComOcean, for that very reason. We launched in September 1996.

We were Married on board ComOcean in February 1997. She has attended many local boat shows since then, and we cruise her regularly. 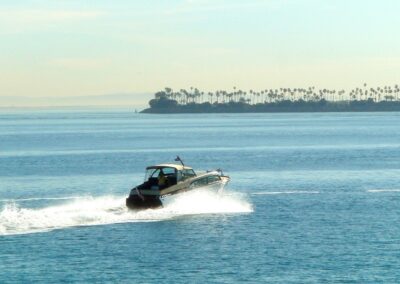 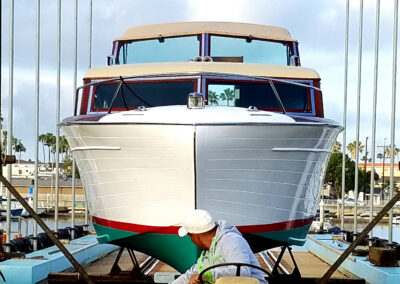 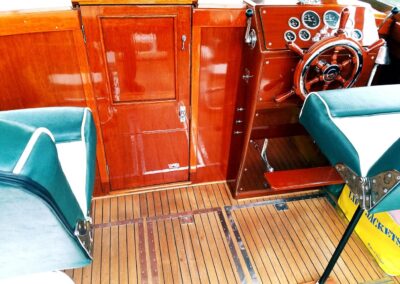 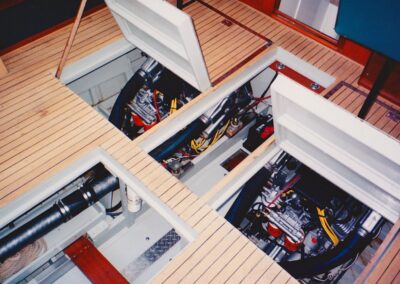 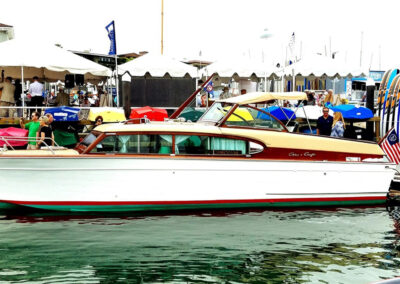 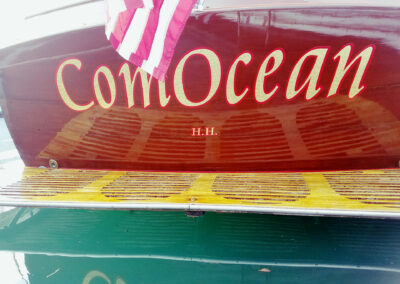 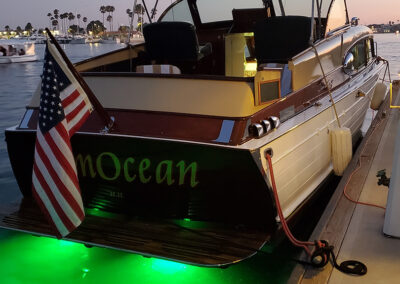