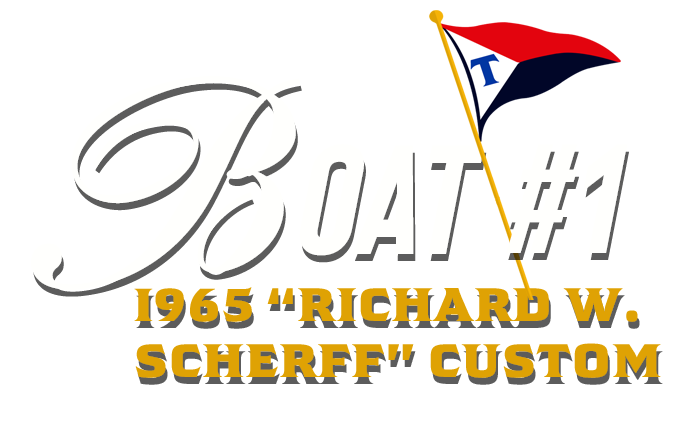 nown as the Flagship of the Fleet, Boat #1 was custom built by local boat builder Bill Budych with assistance from Dude Assman, specifically for the Water Safety Patrol. This classic wooden boat is the perfect blend of tradition and modern practicality. Often confused for a Hacker Craft, Boat #1 was custom designed by Budych who based the plans on a Hacker, but then modified them to meet the needs of the Patrol including the stresses and hard pounding that would be required for Patrol work. The modifications included a beefed-up, double-hull design with 3/4″ planking (instead of 1/4″ or 1/2″), extra rib supports throughout the hull, reinforced ribs and joists at stress points, and twin-engine configuration. The result was a very strong, durable boat with beautiful lines, that also excelled in practicality. Boat #1 turned 55 ears old in 2021, and is regarded by many as one of the best-built boats of its kind anywhere. The current set of engines is the fourth set since the boat was first built. Wooden boat enthusiasts have come from all over to see Boat #1, and most of them will tell you, “It’s a masterpiece.” It is by far the most asked-about boat in the fleet. Boat #1 is named in memory of Richard W. (Dick) Scherff, who was Operations Director for the Patrol for 22 years starting in the 1950’s. Dick died while driving Boat #1, shortly after responding to a rescue call on Geneva Lake’s north shore.

Has continuously served the lake community since its launching in 1966. 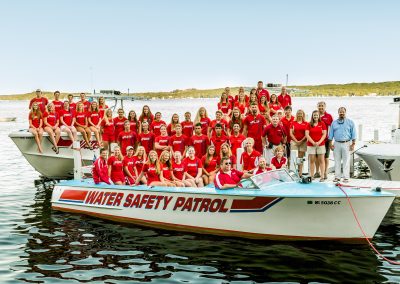 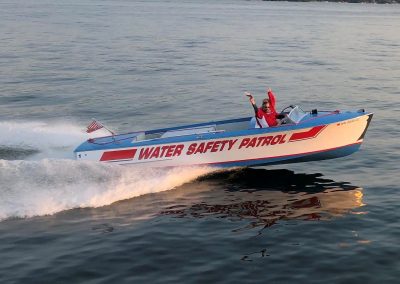 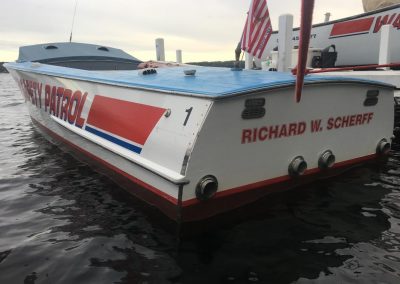 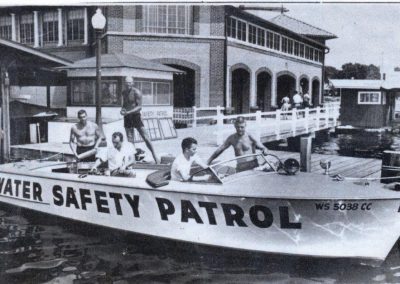